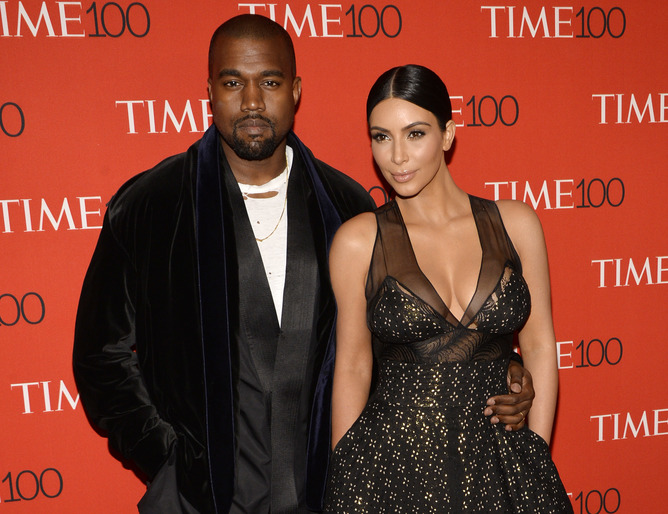 Why we all need to keep up with the Kardashians

Kimposium!, an academic symposium I organised about all things Kardashian, sold out. And why would it not, given the levels of interest that this family generates?

But there is some dismay at the idea of academic attention being paid to these celebrities. It seems that some people love to hate the Kardashians as much as they love to hate academics. Responses have been predictably vicious, as a cursory glance at comments on a Daily Mail article will attest:

Rescind the obviously worthless credentials of any “academics” who attend. (MarkD, Syracuse)

Dumbing down of edikashun has hit a new low. (penshner007, United Kingdom)

When energy is spent declaring that something is not worth serious consideration, I know it is important. Because when people devote time and space to condemnation, it immediately makes me wonder what social fears or cultural desires might lie beneath the aggression. This is why these sorts of comments make me more, not less, focused on studying the Kardashians. I am interested in what this family can teach us about ourselves, about our cultural concerns, about how our societies are changing, about our fears and horrors.

The Kardashians can teach us about racism. Kim has had two black husbands and has a black child. Khloe has never dated a white man and Kylie’s current boyfriend is black. Kris, their mother, is dating a black man. There’s no nice way to say that for white America this is still taboo, as a quick glance at the Twittersphere will attest. Their youngest sister, Kylie, has been accused of co-opting a black “look”, much as Michael Jackson was accused of trying to be white. The Kardashians represent an evolving United States, one in which black/white relations are volatile and central. Inside this family, racial boundaries are being blurred.

The Kardashians can teach us about femininity and gender. Decades before Judith Butler showed that gender is a learned performance, French psychoanalyst Joan Riviere wrote:

Women who wish for masculinity may put on a mask of womanliness to avert anxiety and the retribution feared from men.

In other words, women who want power may choose to present as uber-feminine as a form of self-protection. Is it a coincidence that one of the greatest song writers of our time, Dolly Parton, performs her femininity with a vengeance? The same can be asked of the Kardashians. Powerful self-made business women, could they have gained their power without their glamorous embodiments of womanhood combined with their unthreatening little-girl voices? And how does all this relate to Caitlyn Jenner (who has been appearing on Keeping Up with the Kardashians since 2007), for whom the performance of femininity will determine her future success in mainstream media?

The Kardashians can teach us about bodies and images. Elizabeth Wissinger, the keynote speaker at the Kimposium!, writes about “glamour labour”. Glamour labour is what models do; it involves physical work on the body (dieting, grooming, gym, cosmetic surgery) as well as careful management of a “look”. But it’s no longer just for models. We are all, especially women, now obliged to do glamour labour, to consciously present a visual self. This is most evident on social media, particularly Instagram, where selfies are lovingly curated.

The Kardashians glory in their glamour labour, performing their cosmetic surgeries, their workouts, their facials, their makeup, their “waist training” for all to see. They are all surface, all bodies. Their skins, buttocks, breasts, eyes, vulvas, hair, legs and waists circulate via many thousands of tweets and Instagram posts.

These women are the queens of a world of images where bodies are brutally judged – but where there is also a certain democracy that means beauty is available to anyone with the time, money and inclination to do glamour labour.

Scholarly analysis of popular culture is crucial because popular culture is about far more than entertainment and fashion – it influences cultures, politics and knowledge. The Kardashians are the biggest popular icons of our moment and their power is evident at the highest levels. Kim alone has 37m followers on Twitter and recently took a selfie with Hilary Clinton:

Clinton of course benefited, knowing that Kim is a conduit through which to communicate to voters who might not otherwise engage. Kim’s husband, musician Kanye West, has declared he will run for president in 2020. Don’t laugh. Remember Ronald Reagan. Then imagine Kim as First Lady.

Superficial, apparently talentless and famous for being famous, the Kardashians are accessible and in some ways ordinary. Their sibling rivalries, their sad divorces, their pregnancies, are all played out on our screens in lurid detail. One of the most fascinating things they do is blur public and private. We never know what’s being performed and what is “real”.

In a world where we increasingly perform our own everyday lives on social media as well as quietly living them, this most unprivate of families shows us what we have become. They show how to live between real and virtual worlds, between representation and sensation. The Kardashians show us ourselves.