Thank you to @891Adelaide, Michael Smyth, John and Steven for taking such good care of me.

Note: It will sound like I was nervous for my first time on ABC with Michael!!!

For example, Peter Greste. People took to the social medias to demonstrate disappointment at the seven year jail sentence, and support for a journalist who was essentially just doing his job. Journalists, politicians, and the community at large used Twitter to send their messages as soon as the news broke.

For example, world cup dominance. The 2014 FIFA World Cup began on June 12. Watching dozens of countries come together to face off in highly skilled soccer games, while their fans root for them and their countries is not something I aspire too – although my father was an English Football referee in his day – I should respect my heritage. Always dramas, with (most recent incident) FIFA officially charging Uruguay’s Luis Suarez with biting Italy defender Giorgio Chiellini in the teams’ World Cup match. Social media “went off” as it does during these types of frenzies. This isn’t trolling etc but it is high opinionated community voices.

Nando’s ✔ @NandosUK Hey @luis16suarez, if you’re that hungry, why not get your teeth stuck into something really tasty?

But, the community does like to back its players.

http://fanpagelist.com/category/athletes/soccer/view/list/sort/followers/
Cristiano Ronaldo, a Portugese soccer player has 115,522,869 followers across Facebook and Twitter (that gives him a Klout score of 92!). Ricardo Kaka, from Columbia, is second but coming in at only 49,078,179

The hashtags #fifa #brasil2014 and #brazil2014 are all excellent… the #worldcup2014 and #football ones are good but overused. Of course, we’ve pass the #worldcupcountdown timeframe for that hashtag.

Twitter is a text status update of 120 characters (140 true – but 120 is best optimised), where you can add images etc to your news stream. The “show me, not tell me” movement is now being pushed. I touted/sprouted “TwitComs” a few years ago… essentially a 120 second video.

The video messaging platform called Tout (launched 2011) gives you the ability to create 15 seconds video status updates that you can then share across any social media you want. Tout has had over 15 million video updates since launched. The reason for 15 seconds? It keeps the conversation flowing. And because it’s a social media platform, it will start its own audience and followers, however you can embed the videos into your website, like you can a Twitter news stream.

How to get noticed online (Google Charlie Helen Robinson for an example).

That’s a lot of “spreading the word” action, but as you are sharing and linking to an original article – it doesn’t take much time in reality.

Of course, there is then traditional advertising, or you can start to use “native advertising” or advertorials (they are the new black). They are designed to be interesting enough to stand in their own right (as a story) and curious enough for people to read, comment and share…

But, they are paid for advertising.

COMMENT: Michael Smyth commented on-air that this sounds like sponsored content – and it is and isn’t. It isn’t sponsored in that someone is endorsing the product through a written article but it is “sponsored” in that a company has paid for it to be there.

A little like paying for your own story to appear in the news when the newspaper editor hasn’t picked it up. They are designed to look like other editorial content around them.

Hashtag; a word or phrase preceded by a hash sign (#), that is used on social media sites such as Facebook, Instagram and Twitter to identify messages on a specific topic. The #hashtag words allow for easier searching of topics. A hashtag could be a single word, an acroynm, a made up campaign style word or catchy phrase that you wish to promote and become associated with. Hashtags are also used to promote locations eg #oma #givingback #adelaide #myfavouritestate 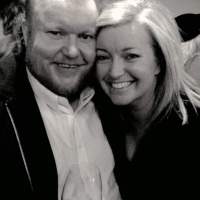