It might seem too simplistic to equate old people with old cars, but the comparison is a valid one. Everything ages. It is the accumulation of damage that we incur simply by being here. As with cars, our bodies break down with time, not because of any manufacturing defect, but due to wear and tear. The damage suffered by our biological machines over the years, makes them liable to break down even at normal, moderate levels of use. Such appliances are simply old and in need of repair.

Charles Darwin understood this. From a biological perspective, there is no reason for us to get old. Humans need to reproduce and care for their children, so that they – in turn – can reach maturity and produce offspring of their own. It is not us but the DNA, the blueprint for our bodies that creates an “eternal” life cycle, something that Darwin called fitness. Therefore we are all subject to strict biological programming to conceive, bear, and raise children. And of course to have sex.

Around age 40 to 50, our body begins to deteriorate. Permanent strains and greying hair are just the beginning, soon followed by glasses and hearing aids. Women become infertile, and other losses in function leaves us needing pacemakers and hip replacements.

All this biological degradation happens as our useful life is over, at least in the evolutionary sense. Darwinian logic is no different than economy; it is much more profitable to invest available resources in youth and sex than keeping up repairing bodies that will ultimately fail.

A cardiologist once told me that in old age “our bodies simply rot”, but this is an untruth. Swift progress in medicine and technology means that thinking of ageing only in terms of the biological is increasingly outdated.

From the 16th century, a popular motif in engravings was the “Ages of Man”, where the stages of a man’s life were represented on a rising and descending staircase, charting the chronological ascent from birth to a climax at the prime of life, and then descent towards eventual death. Men were depicted at the apex of their career at 50, while women were already sidelined by 30. For a long time this calendar age bound the ageing process, health, and social standing together.

But chronological, biological and social age are now becoming increasingly uncoupled. Sex and reproduction, that until recently had been directly linked to chronological and biological age, has now become a matter of choice. The contraceptive pill gave both women and men the power to choose whether and when sex should lead to reproduction. At the other side of the spectrum, IVF now allows women to have children at an age that was previously impossible. After having frozen some of your eggs you could even think of deferring your pregnancy till postmenopausal age.

We now have more time. In developed countries we’ve already doubled our lifespan from 40 to 80 years, have increased our odds of reaching retirement to 9:10 , and when we retire there is still another 20 years to go. Our sequential development may be genetically fixed, but ageing is not programmed and actually unfolds more erratically.

Every day we are getting better at finding ways to prevent and repair damage. We can now lower blood pressure and cholesterol with medication such as statins if your genes have endowed you with too much of it. Think of the quick fix when the cardiologist reopens your coronary arteries when you suffer an alarming pain in your chest and prevents tissue death from a lack of oxygen.

All these modern mechanics not only prevent you from dying off early, but also prevent your organs from dysfunction and keep your performance better for longer.

It is now that 75 is the new 65, not only in terms of life expectancy but also the functional capacities of our bodies. The certainty that most of us will reach old age with well-functioning bodies should unshackle us from the stages of life that have helped structure our societies in the past, but are now completely outdated.

Why nervously rush our children through the educational systems when they are most likely to become a centenarian? Many of us have a strong desire for a more self-determined and individualised life trajectory. Never before has fiction and reality come so close. Fertility, health and age have at least in part, become disconnected from each other. This asset however, is too little exploited so far.

While we may appreciate an explosion of life, we still don’t have a clue what to do with it.

Rudi Westendorp is Professor of Medicine at Old Age at University of Copenhagen. 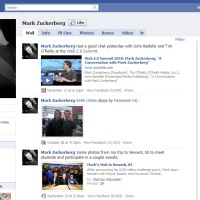