The ethics of over-diagnosis: risk and responsibility in medicine 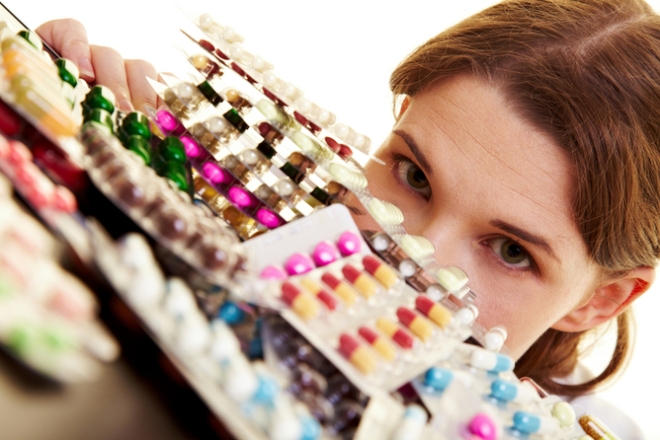 OVERDIAGNOSIS EPIDEMIC – Today, Stacy Carter presents a philosophical view of over-diagnosis and what can be done to change how things stand.

Recently a friend told me a story about her dad. Fit and well, he had a PSA test during a general medical check-up. The PSA test is controversial: many, including its inventor, say it should never be used to screen for cancer.

My friend’s dad’s PSA test started him on a path to prostate cancer diagnosis and surgery. The surgery made him incontinent. Humiliated by accidents, he couldn’t be far from a toilet so could no longer coach soccer or go on his daily long walk with friends. He became socially isolated and sedentary. He put on weight. And he developed diabetes.

Now his health is worse, but it’s not only his health that has been affected. Other aspects of his well-being – attachment to his friends and the ability to live the life he wants – have been undermined. His story is, sadly, not unusual, except for one thing.

The hospital where he was treated called him in to apologise for operating unnecessarily and harming him. Both he and his clinicians concede he was over-diagnosed (the disease would not have produced symptoms or shortened his life) and over-treated (he received treatment he didn’t need.)

The popularity of screening

Over-diagnosis and over-treatment happen for many reasons – commercial interests, technological developments, medico-legal threats and deliberate profiteering. But as consumers, we also contribute.

In one British study, men described turning up to their GP determined to have a PSA test. In an Australian one, women worried that expert disagreement on PSA testing might discourage men from being screened. Most respondents to a US survey were enthusiastic about cancer screening, with 73% saying they’d rather have a full-body CT scan than $1,000 cash. Many thought it was irresponsible for healthy adults to avoid cancer screening.

We’re not just willing to go fishing for diseases. Some of us think it’s a moral obligation. And this is not surprising given two commonly accepted characteristics of contemporary Western society: we expect to be able to predict and control the future, and we tend to see health as an individual responsibility.

Moral obligation is the territory of ethics. So how should we think about the ethics of over-diagnosis in healthy people?

We need to start by weighing benefits against harms, but this is harder than it seems.

The benefits of tests and treatments are often overstated (so straight-talking interpretations like these are invaluable). Evidence is contested, uncertain and incomplete. Harms, in particular, are under-studied, and they’re not only physical.

If we are diagnosed (say, with cancer), we see ourselves differently. And a diagnosis can affect future generations. A cancer diagnosis in a parent can mean their child is declared “high risk” for developing cancer, potentially changing his or her medical care, insurance status, and self-concept for life.

Sometimes doctors or policymakers impose these harms on us, but not always. If patients demand tests or treatments, clinicians must trade-off possible harms against their duty to respect the choices and goals that matter to us. When decision-makers try to reduce harms by limiting services, they are often met with community outrage.

This passion is understandable. Unlike my friend’s dad, most over-diagnosed and over-treated people falsely believe they were saved from death by timely intervention. So it makes sense that they would altruistically defend others’ right to be saved.

We’re all in this mess together: trying to be good citizens, control the future, and wrestle with the uncertainty of science. It’s a difficult challenge, but it’s not impossible.

In 2007 in New Zealand, researchers gathered 11 women aged 40 to 49 together to consider the evidence on mammographic breast cancer screening in women their age. At the beginning, all 11 women supported screening. After two days of briefing and deliberation, ten out of 11 were against. We can’t replicate this process for everyone and every test, but it shows the power of good information and reasoned debate.

So what should we do? It depends on the disease and the treatment, and so on the evidence, however uncertain. But it also depends on our vision of a good society.

Over-diagnosis and over-treatment have arisen mostly from a high-tech chase after ever-more-finely-dissected risks in healthy individuals. There’s increasing concern that this chase is doing little for our health, and that the good it does is at the expense of people like my friend’s dad.

It’s not just these active harms we should worry about. We should also be concerned about the opportunity costs. We’ve known for decades that the best way to improve health is to improve the basics, like the food supply, the built environment, and the fairness of our social and economic systems. Changes like these are good for everyone’s health, and especially for the health of the least well off.

And such changes can only be achieved through collective effort. Perhaps the solution to over-diagnosis and over-treatment includes changing the way we think about ourselves: less as individual disease time-bombs, and more as members of a community, with a shared responsibility to work together to make it easier for everyone to be healthy.

Have you or someone you know been over-diagnosed? To share your story, email the series editor.

This is part eight of our series on over-diagnosis, click on the links below to read other articles:

Part one: Preventing over-diagnosis: how to stop harming the healthy

Part four: How genetic testing is swelling the ranks of the ‘worried well’

Part six: Over-diagnosis: the view from inside primary care

Part nine: Ending over-diagnosis: how to help without harming