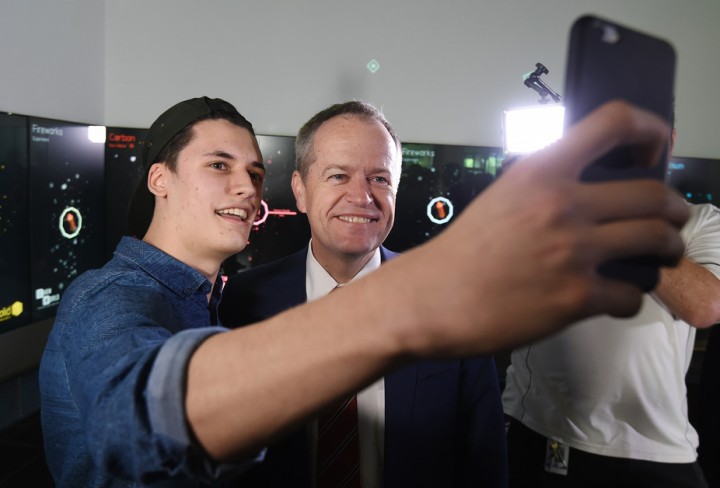 As Australia commences one of the longest federal election campaigns in living memory, much attention will be paid again to how parties and politicians are utilising the latest tools available in their campaigning arsenal: social media. We’ve seen Facebook and Twitter used as emerging campaigning tools in the 2010 and 2013 elections already, and even in 2007 some parties were experimenting with platforms such as YouTube already, with decidedly mixed results. In 2016, we should expect the mainstream social media platforms to be fully integrated into overall campaigning strategies.

To predict how the major parties might use social media to promote their candidates in 2016, a look back at the 2013 election is instructive. At the time, my colleagues and I in the QUT Digital Media Research Centre tracked the Twitter accounts of all federal members and candidates, capturing both their own tweets and the tweets directed at them (as @mentions or retweets) – and our analysis reveals some clearly diverging patterns across the different party groupings. In total, we tracked some 117 ALP accounts, 100 Coalition accounts, 68 Greens accounts, and 112 independent and minor party accounts over the course of the campaign.

During the campaign period from 5 August to 7 September 2013, ALP candidates out-tweeted their competitors by a substantial margin. They posted more than twice as many tweets as Coalition candidates, in spite of their broadly comparable number of accounts. The Greens, by contrast, were considerably more active on Twitter – outdoing even the Coalition, although they fielded only two thirds as many tweeting candidates.

Even more notable, however, is the composition of the leading group of tweeting candidates for each party group. In the Coalition, active tweeting was a task reserved largely for senior members of Tony Abbott’s frontbench team: almost all of the top ten Coalition tweeters would go on to join the Abbott ministry. On the ALP side, only Anthony Albanese and Mike Kelly were current members of the Rudd cabinet, and Craig Emerson had been a minister under Gillard (and was not recontesting his seat at the election). The Greens tweeting effort, finally, was concentrated much more centrally around leader Christine Milne, who averaged a remarkable 35 tweets per day during the election.

By contrast, Kevin Rudd and Tony Abbott did not feature as particularly active Twitter users during the campaign – which seems out of character in the case of Rudd, who had established a significant social media presence and remains the Australian politician with the largest number of Twitter followers to this date. Both leaders posted fewer than three tweets per day, on average.

These patterns point to strongly divergent social media campaigning strategies for the three party blocs. For the Coalition, they may be read as an attempt to control the party message by centring election-related tweeting activity on the inner circle of leading frontbenchers. Whether these politicians posted their own tweets or had campaign staff do so on their behalf, it can be expected that such senior party leaders would take relatively few significant missteps during the campaign, compared to less experienced rank-and-file candidates.

The centralisation is in line with the Coalition’s overall ‘small target’ strategy, in essence drawing supporters’ as well as critics’ attention to these senior leaders as what might be described as known targets, while diverting the spotlight from less proven campaigners. To a lesser extent, the same may be true for the Greens candidates – although here the picture is somewhat more mixed, and Senator Milne clearly serves as the most active (and thus, visible) face of the party’s campaign.

For the ALP, two explanations appear most likely, and are not mutually exclusive. First, after the bitter internal struggles within the party in the years leading up to the 2013 election, and in the face of a seemingly assured election loss, it seems possible that a number of senior frontbenchers did not feel motivated to campaign to their full capacity, on Twitter or in other media. Second, this left space for experimentation with social media campaigning by relatively less prominent local candidates, who – in the absence of coordinated action by the party itself – may also have felt especially motivated to devise their own strategies for using social media to at least limit the magnitude of the impending defeat.

Whether this strategy was pre-planned or not, Labor were in essence seeking to draw voters’ attention away from the parliamentary party’s problems, and towards the more immediate choice of the right local representative. Combined with offline engagement in the electorate, this approach – which we might describe as a local target strategy – was also an important factor in independent candidate Cathy McGowan’s victory against Coalition frontbencher Sophie Mirabella in the electorate of Indi, against an overall swing of the national vote towards the Coalition.

But do such strategies deliver any measurable outcomes, in terms of engagement from the electorate? If we consider visible engagement on Twitter alone, the picture is mixed. ALP and Coalition candidates did capture a vast majority of all candidate mentions on Twitter during the campaign, with the ALP in a significant lead over its opponents, but only a very small fraction of those mentions – in both cases, less than 3% – came in the form of retweets (and could therefore be seen as supporting a candidate and disseminating their messages).

Further, Twitter users’ attention is squarely on the Prime Ministerial candidates Kevin Rudd and Tony Abbott, both of whom account for more than 50% of all the mentions received by their respective parties’ candidate accounts. This focus by Twitter users on the leaders of the major parties mirrors a similar distribution of attention in the mainstream media, and can be seen as reflecting a quasi-presidential election mode even in spite of Australia’s parliamentary system.

Members of the senior leadership team for each party are also well-represented amongst the most mentioned accounts, but attract much lower numbers. On the ALP side, several accounts from outside the frontbench are also present here: Julia Gillard is the fourth most mentioned Labor politician, and former Deputy PM Wayne Swan also features. Such prominent positions for former leaders do not necessarily indicate support or endorsement by ordinary Twitter users – but they do point to public discussions, during the election campaign, of the internal struggles played out inside the parliamentary Labor party over the past two legislative periods. This would not have helped Labor’s attempts to get its message across.

Overall, then, whatever each party’s social media strategy, ordinary Australian Twitter users appeared much more prepared to talk about, and at, the candidates’ accounts during the 2013 election than to retweet the candidates’ political messages to their own networks. Their focus of discussion was overwhelmingly on the two contenders for the Prime Ministership, and this is perhaps unsurprising at the end of an electoral cycle that was thoroughly dominated by discussions about leadership; this focus, on Twitter as well as elsewhere in the media, may well indicate a temporary or permanent shift towards a more presidential style of politics in Australia.

But such reluctance to retweet should not be seen as a sign that campaign messages on social media are necessarily falling on deaf ears – the candidates’ tweets may well have been read (and even responded to), even if retweets rarely eventuated. Away from the focus on the Prime Ministerial candidates, Labor candidates’ locally targetted activities, online as well as offline, may have reduced the size of the defeat in a number of electorates (the ALP’s own campaign review notes that “local campaigns and great candidates made a huge difference”). Similarly, the Coalition’s focus on featuring a united leadership team clearly distinguished it from the bitter internal battles within the ALP.

With yet another replacement of a first-term Prime Minister by his own partyroom in the 2013-16 term – this time on the Coalition side –, and a comparatively united front presented by the new Labor leadership, it will be interesting to see whether patterns of activity on Twitter in the 2016 campaign mirror those of the 2013 election, with roles reversed between the major parties. We’ll again track the election on Twitter during the 2016 campaign – and I hope to provide some glimpses of the patterns emerging from this here over the next two months.